Following the TAC’s endorsement, the Checklist will be presented to the Management Committee of Council, for onward recommendation to the CDEMA Council for endorsement as an important tool to be pursued by CDEMA Participating States. The Multi-Hazard Early Warning System (MHEWS) Checklist is a practical tool consisting of major components and actions that national governments, community organizations and partners within and across all sectors can refer when developing or evaluating early warning systems. Early warning is a major element of disaster risk reduction. It can prevent loss of life and reduces the economic and material impacts of hazardous events including disasters.

During her presentation, Alexcia Cooke, Regional Technical Coordinator, CDEMA, highlighted the development and adaptation process of the Checklist along with the benefits to be derived from its application. She indicated that the Checklist will be applied in 5 countries – Antigua and Barbuda, Dominica, Dominican Republic, Saint Lucia and St. Vincent and the Grenadines under the project ‘‘Strengthening integrated early warning systems for more effective disaster risk reduction in the Caribbean through knowledge and tool transfer’. All Participating States were encouraged to pursue its application in close collaboration with relevant public and private sector actions at the national and regional level.

The objective of people-centred multi-hazard early warning systems is to empower individuals and communities threatened by hazards to act in sufficient time and in an appropriate manner to reduce the possibility of personal injury and illness, loss of life and damage to property and the environment.

“During my tenure with CDEMA and even reflecting on previous interventions, we have not seen a tool that has been geared towards benchmarking or providing standards for Early Warning Systems (EWS) and observing the tool applied in such a way as to determine the progress made by countries against those standards”, said Ronald Jackson, Executive Director, CDEMA. “Throughout the Caribbean, there have been initiatives that have sought to develop EWS at all levels. Previous interventions are therefore useful building blocks towards effective EWS in the countries”, he added.

This current version of the checklist was adapted for use in the Caribbean in 2018. Key revisions to the Checklist include: 1) the integration of gender considerations across the four elements of the Checklist, 2) addition of major social groups and other stakeholders among the key actors; 3) general information on the population to be served by the MHEWS 4) levels against which to objectively identify attainment/progress for each action, and 5) minimal revisions to the language of the Checklist for improved clarity.

The revision was led by the Caribbean Disaster Emergency Management Agency (CDEMA) with support from the United Nations Development Program (UNDP), the International Federation of the Red Cross and the Red Crescent Societies (IFRC) and Handicap International. This Project was funded through the DIPECHO Action Plan for the Caribbean (2017) by the General Directorate of Civil Protection and Humanitarian Aid of the European Union (ECHO).

United Nations concerned by Trinidad and Tobago return of Venezuelans

“The United Nations is concerned for the welfare of these people and is in contact with the appropriate authorities in Port of Spain to ensure that any person in need of protection will get it without fail,” said the United Nations Resident Coordinator, Richard Blewitt, today.

Mr. Blewitt’s comments came after the Ministry of National Security announced that 82 Venezuelan citizens who had been held in detention in Trinidad and Tobago, had been turned over to the Venezuelan Embassy for repatriation to Venezuela.

The group, comprising 53 men and 29 women, included several individuals who had been registered as asylum seekers in Trinidad and Tobago as well as others who had initiated asylum requests or had signaled an intention to do so.

They were flown out of Trinidad and Tobago on Saturday aboard a Venezuelan Government aircraft. The Ministry statement said all returns were voluntary although this could not be verified independently by United Nations observers.

Venezuelans have been leaving their country in growing numbers, many in need of international protection and seeking temporary refuge in countries of the Americas region, including in some Caribbean small island States like Trinidad and Tobago.

The United Nations and its local partners have encouraged the prompt adoption of national legislation on refugee issues, and work together to support the Government of Trinidad and Tobago in its efforts to develop an efficient and secure asylum system.

CARICOM Secretary-General Ambassador Irwin LaRocque has sent a message of condolence to The Prime Minister of Canada Mr Justin Trudeau following the tragic incident in Toronto on Monday which left at least 10 people dead and several others injured.

“It is with great sadness mixed with revulsion that I, and the entire Caribbean Community have reacted to the horror of the deadly vehicle rampage unleashed on unsuspecting, innocent persons in Toronto on 23 April 2018,” the Secretary-General said in his message.

“The Canadian authorities must be commended for their swift response and capture of the alleged perpetrator in such a professional manner,” he said. Toronto police arrested a charged the 25 year old driver of the van used in the attack.

“On behalf of the Community, I extend deepest sympathy to the Government and People of Canada and in particular to the bereaved families who lost their loved ones following this tragic event and wish a full and speedy recovery to the injured,” Ambassador LaRocque said. 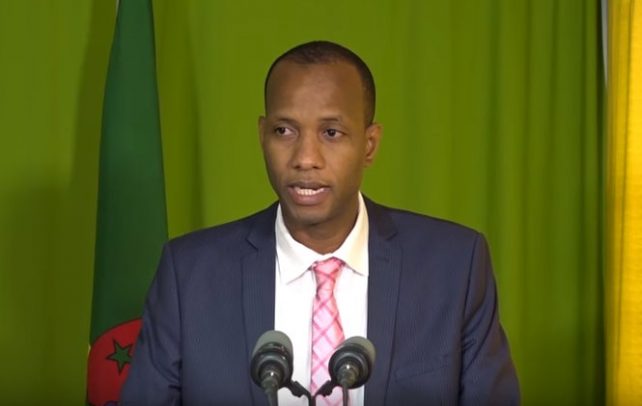 Following the passage of Hurricane Maria on September 18, 2017, the telecommunications infrastructure of Dominica recorded one hundred and twenty eight million dollars in losses.

A communications network is needed to allow people to maintain contact with each other before, during and after a natural disaster.

The government has engaged a consultant to advise it on what is needed to set up a robust communications network that can be used in times of disasters.

“We’ve also sent out the tenders for the various service providers, to provide us with infrastructure as well as the software that will be required to manage such a network. So we have received [tenders] and [the review] process is ongoing. From where I sit, I can tell you that, from the bids that we’ve received, we think that we can now be in a position to select one of the service providers that will be able to assist us in putting in the infrastructure that is needed for that network.”, Darroux said.

The setup of the network is expected to be done in phases and the minister did not disclose the cost involved.

He noted underground and overhead based infrastructure must be considered as part of setting up an improved communications network.

The minister said, “[Tropical Storm] Erika taught us a lesson that with flooding, the network’s underground cables were impacted. With [Hurricane] Maria, most of the damage was done overhead. So we have now, to look at areas across the country where we have to go with ‘underground’ and areas where we have to go with ‘above ground’. So it will be interchangeable at various points around the country. We will be prioritizing because we will not be able to do everything one time.”

Some of the infrastructure needed is owned by the private sector and already in place while the government expects to purchase its own equipment.

The government also plans to work closely with amateur or ham radio operators as part of improved emergency communications.

Darroux also pointed out that a state of the art hurricane shelter under construction in Layou will help to provide a secure environment for people post a disaster. The facility, upon completion, is expected to house one hundred and fifty people.

He said, “It will be equipped with a backup generator as well as the equipment that is necessary to keep communication going and I believe this all ties in with building back better and a more resilient country. The Prime Minister has also mentioned that we will be looking at other communities where we will be able to construct such facilities. I think this is a move in the right direction.”